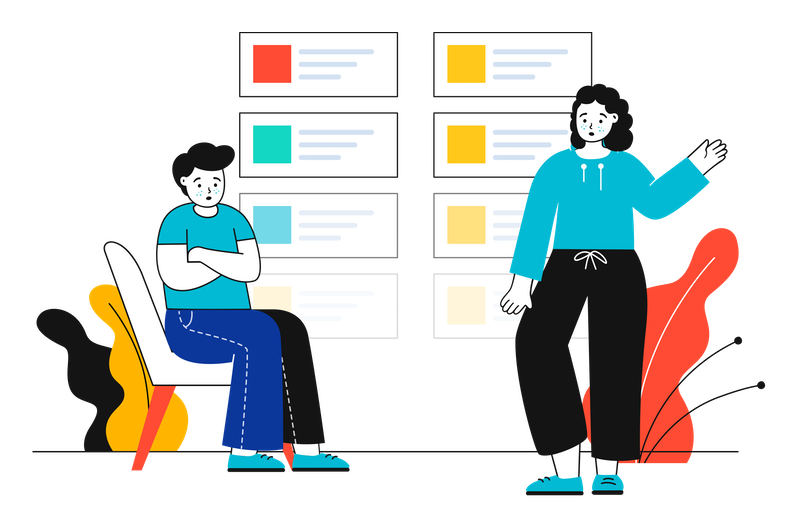 Cannabis-derived products have been on the rise in recent years. The industry that focuses on cannabis products keeps growing due to cannabis becoming legal in more areas. [1] As a result, more people who are interested in experiencing the benefits of cannabis are starting to look into the various products that the market has to offer, whether that’s gummies, oils, creams, and others.

Recently, things have started to evolve even more. Interested to sell their products but also to help people achieve the desired effects, brands have started experimenting with their CBD products, creating all sorts of combinations. Many individuals who were browsing CBD product websites have stumbled upon several products that contained Delta-8. Despite being one click away, Delta-8 products are still in a grey area in a legal sense.

The laws can be very confusing. While Delta-8 THC seemed like the new go-to substance, the DEA and the federal government do not agree with that. Is Delta-8 legal, and why are various states trying to ban this compound?

What Is Delta-8 THC?

Delta-8 THC is one of the many cannabinoids extracted from cannabis. It can occur naturally in the plant, although in very small traces. It has a chemical structure that is very similar to that of Delta-9 THC, which is marijuana’s main psychoactive compound. For this reason, both Delta-8 and Delta-9 THC can result in the “high” feeling that many people experience when consuming various hemp or cannabis products.

Despite being very similar, Delta-8’s molecular structure is slightly altered. It is a THC chemical analog or isomer. There is a different position of one double bond from the carbon ring. Because of this, Delta-8 does not have such a strong affinity for our brain’s endocannabinoid system CB1 receptor. For this reason, it is considered less potent compared to THC. Therefore, the high sensation is not as intense. [2]

Does Delta-8 Have Any Benefits?

The reason why many people want to use products with Delta-8 THC in them is that they are thought to have various benefits. Just like its cousin Delta-9, Delta-8 can produce some pain relief, as well as feelings of relaxation and euphoria.

The National Cancer Institute also states that the Delta-8 compound can bind to the CB1 receptor, which is part of the endocannabinoid system. It helps people’s bodies regulate homeostasis and maintain it. [3]

Delta-8 could also help reduce nausea. A study from 1995 revealed that Delta-8 THC doesn’t seem to have any negative effects while it decreases nausea. The children who suffered from cancer and were undergoing chemotherapy saw a success rate of 100% in terms of nausea reduction over a total of 480 treatments. [4]

Another benefit is the fact that it is less potent than Delta-9. So, people who want to experience the “high” can still do it, but less intensely. It makes it a great option for those who do not want to go overboard.

What Are the Risks?

Delta-8 THC also comes with some risks since it is so similar to Delta-9 THC. Side effects that may appear as a result of using Delta-8 include:

Some of the side effects may occur because a lot of manufacturers do not test their products before they start selling them. [5] Also, because Delta-8 is produced synthetically most of the time, this could bring more risks to the table.

The FDA issued some warning letters to companies that have CBD and Delta-8 THC products that they sell illegally. The FDA had many concerns surrounding the fact that Delta-8 products were becoming more and more popular and were sold in a lot of online stores. The issue, according to them, is the fact that sellers claim many times that Delta-8 products can relieve or treat side effects that come as a result of various diseases and disorders, including chronic pain, multiple sclerosis, anxiety, nausea, and even cancer. [6]

Also, the FDA received various reports of adverse effects in people who used Delta-8 products. 104 reports came from patients who consumed such products between December 1, 2020, and February 28, 2022.

These reports revealed a lot of things. For instance, 77% of the reports involved adult people, whereas 8% involved minors younger than 18. 15% of them did not report their age.

55% of the patients who experienced the adverse effects required medical intervention, and some even had to be admitted to the hospital. Then, 66% described what adverse effects they experienced after using food products that contained Delta-8 THC. Some of the side effects included tremors, dizziness, anxiety, loss of consciousness, confusion, vomiting, and hallucinations.

More reports were sent to the national poison control centers. 2,362 reports of Delta-8 THC exposure cases were sent between January 1, 2021, and February 28, 2022. Out of these, 41% involved minors younger than 18, 58% involved adults, and 1% did not mention their age. 40% were unintentionally exposed to Delta-8 THC, with 82% of the unintentional exposure cases affecting pediatric patients.

Also, 70% of them needed an evaluation from a health care facility, with 8% of them having to be admitted to critical care units. As much as 45% of the patients that needed the evaluation were pediatric patients. One of them was coded with the “Death” medical outcome. [7]

The legality of Delta-8 has been a very confusing aspect for a long time. There was a farm bill in 2018 that allowed Delta-8 THC to be unregulated at a federal level. Hemp was legalized under that legislation. So, this meant that a cannabis plant with 0.3% Delta-9 THC or less (hemp, for example) would be legal. The amounts in question would be too low to cause psychoactive effects. [8]

The same bill did not mention anything about the legal Delta-8 THC levels. Due to this, many vendors started selling this compound in many products, such as tinctures, vape cartridges, edibles, and more.

Things were not that simple, though. DEA still believes that Delta-8 is a controlled substance, and the U.S. Hemp Authority does not certify Delta-8 THC products anymore. On top of that, they are telling companies to stop producing Delta-8.

As a result of that, more states are starting to ban Delta-8. While there are some states where the compound is still legal, things can change very fast, and the ban may spread. So, we don’t know what the future holds.

Which States Have Currently Restricted, Regulated, or Banned Delta-8 THC?

There are 20 states that have either restricted Delta-8 THC or banned it. On top of that, four other states are looking over its legal status at the moment.

Here are the states where Delta-8 is restricted, regulated, or banned:

At the moment, these states are reviewing the legal status of Delta-8:

The States that Consider Delta-8 Legal at the Moment

There are several states where Delta-8 is legal right now. While there may be developments in the future, it is important to know whether you live in a state where the compound is legal or not.

So, here are the states and districts where Delta-8 has a legal status for now:

Back in 2018, a Farm Bill legalized hemp federally, removing the restrictions on several molecules that the cannabis plant produces. A new court ruling recently said that this also includes Delta-8 THC.

A panel of the Ninth Circuit U.S. Court of Appeals spoke about products that contain Delta-8 THC and claimed that they were legal. This is because hemp is defined by the federal law as “any part of” cannabis, including all its extracts, cannabinoids, and derivatives, which contain no more than 0.3% delta-9 THC by weight.

Also, according to the court, the law is “silent with regard to delta-8 THC”.

The Ninth Circuit Panel stated that Delta-8 THC produces some intoxicating and psychoactive effects. Despite this fact, it is considered legal because it falls within the definition of hemp offered by federal law.

The Ninth Circuit ruling comes in a case about a trademark dispute that AK Futures initiated. AK Futures is a company that manufactures e-cigarette and vaping products. The company claimed that Boyd Street Distro was selling counterfeit versions of the Delta-8 THC products that AK sells. Then, Boyd Street contended the trademark infringement claim was not valid because, under federal law, Delta-8 THC is not legal.

Therefore, the court’s opinion ended with the following statement:

“The record on appeal convinces us that AK Futures’ delta-8 THC products are lawful under the plain text of the Farm Act and may receive trademark protection.”

Then, the Ninth Circuit said that the Congress will have to fix its mistake if it didn’t intend to legalize Delta-8 THC through the Farm Bill from 2018.

What Is Going to Happen Now?

Some individuals, such as Shawn Hauser, who is a Vicente Sederberg partner and a co-chair of the cannabinoids and hemp practice of the law firm, think that the Congress should take action. According to her, they should work on regulating various cannabinoids like Delta-8 THC. She also thinks that legalizing cannabis is the best thing to do to reach that goal.

Hauser wrote in an email that the Congress certainly didn’t want to legalize any intoxicating consumer products by legalizing help. Therefore, they had FDA handle the product regulation.

“However, the legalization of hemp allowed businesses to develop and innovate novel cannabinoids, including many beneficial consumer products – and in the FDA’s absence – this has included developing intoxicating cannabinoids through legal hemp derivatives, arguably legalizing marijuana,” she said.

Hauser also went on to say that this case makes it very obvious that the Congress must realize that legalizing and regulating all cannabis is necessary considering the product development and innovation coming from the legalization of hemp. She continued her statement by saying:

“A partial, unfinished end to prohibition—the legalization of the low THC cannabis plant while maintaining the prohibition on high-THC varieties—has only grown the cannabis consumer market and exacerbated the need for federal cannabis legalization that includes regulation around product manufacturing, testing, labeling, and other safety standards.”[9]

With many states now banning the sale of Delta-8 THC products while the Ninth Circuit ruled that these products are legal, people are very confused regarding the legality of Delta-8 THC.

There are still question marks surrounding the compound, and the chances are that we will still hear about Delta-8 THC and its legality and regulation. Now, people are waiting to see what the Congress does regarding Delta-8 THC and whether there will be more clarifications or bans.

In the meantime, you must be very careful when purchasing Delta-8 THC products. It’s important to go for trustworthy companies, with plenty of positive reviews so that you don’t come across counterfeit and unsafe products.

2.Can delta-8 THC provide some of the benefits of pot – with less paranoia and anxiety?

8.Hemp Production and the 2018 Farm Bill 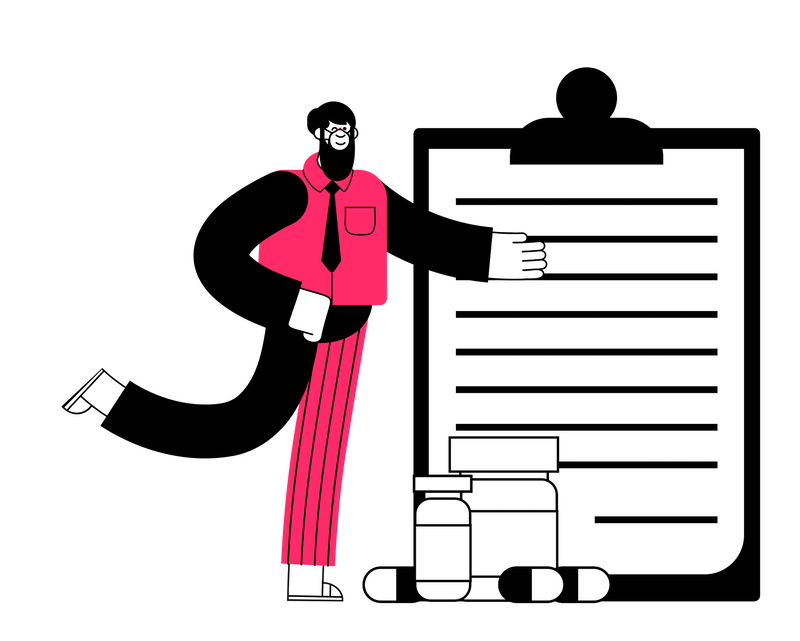 Delta-8 Everything You Need to Know About It

What is all the hype around delta-8 tetrahydrocannabinol? The world has been looking at news related to cannabis over the past few years, especially in the U.S. There are various products that contain CBD and other substances meant to calm you down and help you focus, and there are also products that contain delta-8 THC. […] 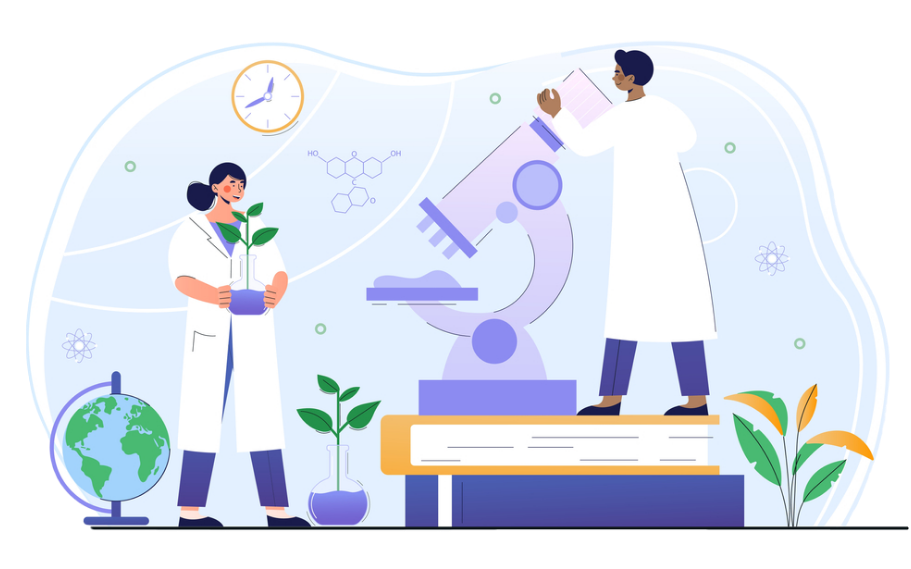 Have you been looking for Delta 8 gummies that are truly effective and safe to consume? While we’re thrilled that everyone and their hip grandpa wants a sweet taste of Delta 8 THC, we’re not pumped about this sudden rush of questionable Delta 8 brands in the market. Finding high quality Delta 8 gummies shouldn’t […]