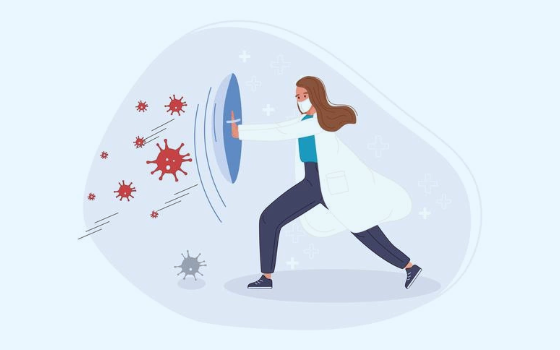 If you, or someone you know, suffers from an autoimmune disease, disorder, or condition (they all mean the same thing), then this article is definitely for you and them.

Now, we’ve all seen the Autoimmune Disease memes, like:

“Autoimmune Disease… Because the only thing tough enough to kick my ass is me!”

Funny, right? We think so too. But while those memes are passive-aggressively humorous, they are 100% true.

And believe it or not, autoimmune disorders are targeting more people than you might think.

To put it into perspective, research suggests that 8% of Americans have an autoimmune disease. That’s over 24 million Americans, and that number is rising.

Autoimmune disease is a very serious yet mysterious condition. In fact, scientists and renowned doctors still have many unanswered questions regarding autoimmunity. And while there are some relatively effective treatment options, there is no known cure for autoimmune disease.

But that doesn’t mean autoimmune disorders can’t be controlled. And no, we’re not talking about pharmaceutical drugs, although they do have their place.

We’re talking about hemp-derived CBD. And as luck would have it, there are a few studies that showcase CBD’s therapeutic response to autoimmunity. This may explain why people with autoimmune diseases are turning to CBD.

But before we dive into those studies, let’s briefly brush up on…

What are autoimmune diseases?

An autoimmune disease is when your immune system mistakenly attacks your body’s healthy tissue and organs [²].

You see, our immune system is a complex network of special cells and organs that protect our body from disease and infection. In other words, our immune system’s job is to find and destroy foreign invaders that are meant to cause harm.

But with an autoimmune disease, there’s a glitch… meaning, your body is unable to tell the difference between what’s good and what’s bad.

Your immune system is like a brainwashed soldier unintentionally causing harm to his fellow soldiers.

So, its response is to create auto antibodies that attack not only bad cells, but also good cells and tissues by mistake.

Now, those good cells and tissues can be parts of your body, like your skin, joints, or organs. When those auto antibodies are attacking, they’re causing both pain and severe inflammation. Which can wreak havoc throughout your entire body.

Believe it or not, that inflammation can trigger symptoms like [³]:

What’s more, studies indicate that chronic inflammation is often the root cause of most, if not all, diseases [⁷].

That said, let’s look at the…

Now, the autoimmune diseases listed above are often really hard to diagnose. It takes doctors several tests and often a lot of trial and error to determine why you battle with autoimmunity. It helps to have a full understanding of your family’s health condition history before you talk with your doctor, as well as a list of your health symptoms.

Which begs the question…

There are a lot of unanswered questions regarding the cause of autoimmune disorders. But while doctors don’t fully know what causes our immune system to misfire, they suggest that genes and your environment play a huge role.

One study found that women suffer from autoimmune disease far more than men do [⁴].

Other theories suggest that certain ethnic groups battle with autoimmune diseases more than others, and some believe that certain autoimmune disorders, like Multiple Sclerosis and Lupus, run in families. A bad diet can also be a suspected risk factor as well.

There is one other potential cause of autoimmune conditions that’s still being studied: vaccines and antiseptics.

In a 2015 study, researchers explored the theory that children with a lack of exposure to germs could result in a weaker immune system, thus potentially causing an overreaction to harmless substances. More research is needed to confirm this theory, but it’s an interesting perspective [⁵].

“The trigger mechanisms of autoimmune disease are still unclear, but several studies suggest that a vaccine component (inactive viral/bacterial agent or attenuated living microorganism) or a wild superimposed infectious agent can induce autoimmune disease in people with a genetic predisposition. For instance, Borrelia burgdorferi and group A-hemolytic streptococcus contained in the Lyme disease and S. pyogenes vaccines can cause chronic arthritis and rheumatic heart disease, respectively.”

In other words, further research is needed to see if certain “vaccinations should be recommended or avoided in autoimmune risk patients.”

Why are autoimmune diseases difficult to treat?

Because autoimmune diseases are so hard to diagnose, they’re also incredibly difficult to treat.

And since inflammation is often the result or the root cause of autoimmune disorders, scientists and doctors are still exploring how to reduce inflammation [⁷].

Additionally, according to Harvard Health Publishing, it’s incredibly difficult to prove that your symptoms are a result of an autoimmune disorder. In fact, “certain autoimmune diseases may turn out to be due to an infection or allergic reaction and the immune abnormalities are just a reaction [⁸].”

That said, there are a few ways to treat autoimmune disorders…

How to treat autoimmune disease

While we understand that these treatment options have their place, they can warrant additional unwanted symptoms.

Thankfully, there are a few other options you can implement in your daily life that may help, like diet change, quality sleep, less stress, healthy exercise, yoga, meditation, and certain supplements and herbs.

And speaking of herbs, let’s look at…

As it turns out, research confirms that cannabis, which includes both hemp and marijuana, is known for its immune modulating properties [⁹].

Now, there’s a difference between immune modulating and immune boosting…

Which brings us to…

And most, if not all, of those studies have exhibited groundbreaking results. Scientists were so shocked by the positive results that they are pushing for further studies.

So what does this mean for CBD?

Well, first we need to look at our own Endocannabinoid System (ECS)…

The link between our Endocannabinoid system and immune system

Every single mammal has an Endocannabinoid system, (ECS). And it’s our ECS that’s responsible for regulating balance throughout our body, including our immune system [¹²].

When our ECS isn’t working properly or there is a deficiency of endocannabinoids, unwanted symptoms can set in. It’s also thought that other systems like our immune system can be negatively affected by a poorly working ECS [¹³].

However, some experts theorize that incorporating plant-derived nutrients, like hemp terpenes and cannabinoids, could help restore balance back to our ECS. More studies are needed to confirm this theory, but there may be some truth to it.

So, does CBD help with autoimmune diseases?

According to research, our ECS is made up of two groups of cells: CB1 and CB2 [¹⁴]. As it turns out, our CB2 receptors have been shown to modulate immune cell functions [¹⁵].

If we can activate our CB2 receptors, we may be able to suppress an overactive immune response, thus helping those who struggle with autoimmunity.

And here’s the good news… Studies show that CBD is an agonist of the CB2 receptors. Which means it can potentially limit the activity of our immune system [¹⁶].

Most, if not all, of the studies involving CBD mention anti-inflammatory properties. Some of those studies even mention CBD being a powerful antioxidant, and that’s great news ​​[¹⁷].

Here’s why… According to research, “maintaining adequate antioxidant status may provide a useful approach in attenuating cell injury and dysfunction observed in some inflammatory/autoimmune disorders [¹⁸].”

Simply put, CBD contains therapeutic properties that reintroduce balance back into our body.

That said, CBD is not a “cure all”. While there are several studies that showcase positive results in CBD’s effects on the immune system, more studies are needed. However, CBD is definitely a less invasive approach than traditional drugs.

So, what’s the final verdict between treatment, CBD, and autoimmune disease?

We’re not saying that CBD oil, CBD gummies, or CBD creams can treat or prevent your autoimmune issues.

But we are saying that high quality, hemp-derived CBD is worth trying.

In fact, one of the main reasons people struggling with autoimmune diseases are turning to CBD is because of its safety profile. It’s also because studies show that it doesn’t actually shut down your immune system, but rather targets inflammation and modulates the way your immune system communicates and functions.

Autoimmunity is a very challenging and debilitating issue. We understand that you may have people looking at you like you’re crazy, or question your symptoms all because autoimmune diseases are hard to diagnose and mysteriously hidden from the naked eye. But autoimmune disorders are real.

If autoimmunity is a battle you face, we encourage you to take the steps toward eating a healthy diet, reducing added stress , staying active, and getting sufficient sleep.

We also encourage you to look into supplements like fish oil, ginger, and CBD. The more you incorporate anti-inflammatory ingredients, the more your body can return to a balanced state.

That said, be sure to only purchase high quality CBD products from reputable CBD brands. Look for third party testing, clean ingredients, and real reviews. And remember, CBD comes in all shapes and sizes now. If CBD oil isn’t something you feel you’ll be consistent with, then consider topical CBD  and CBD gummies  for your autoimmune conditions. You never know, it may be just what your immune system needs.

Link to CBD for Stress: Lowering Cortisol with CBD article

Link to CBD Oil Gummies: The Only Guide You Need to Read article

4.NCBI: Updated assessment of the prevalence, spectrum and case definition of autoimmune disease

6.NCBI: Vaccination and autoimmune diseases: is prevention of adverse health effects on the horizon?

7.NCBI: Chronic inflammation in the etiology of disease across the life span

10.NIH: The Biology and Potential Therapeutic Effects of Cannabidiol

11.NCBI: Insights into the role of cannabis in the management of inflammatory bowel disease

12.NCBI: An introduction to the endogenous cannabinoid system

14.NCBI: Cannabinoid Receptors and the Endocannabinoid System: Signaling and Function in the Central Nervous System

15.NCBI: The CB2 receptor and its role as a regulator of inflammation

18.NCBI: The role of antioxidant supplement in immune system, neoplastic, and neurodegenerative disorders: a point of view for an assessment of the risk/benefit profile 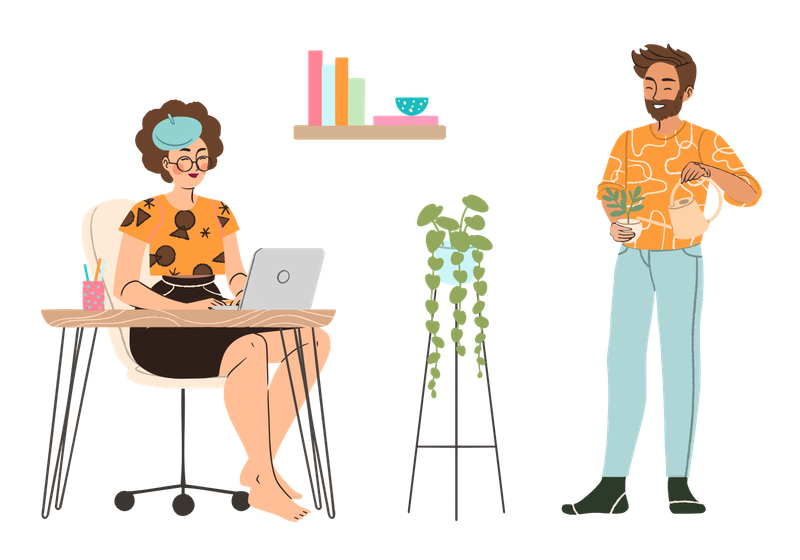 16 Things You Didn’t Know About CBD

Nowadays, CBD information is easy to find, and getting CBD products is even easier. Wherever you look, you will be able to find a place that sells them, whether it’s an online store, head shop, pharmacy, or dispensary. Also, you can choose from numerous CBD items, including gummies, sticks, capsules, creams, oil, pet products, and […] 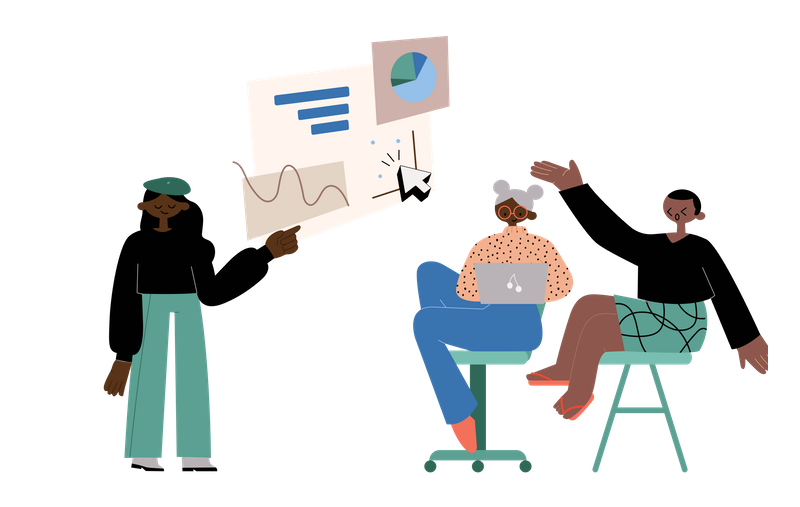 Since the Farm Bill in 2018, CBD has become quite popular. A lot of individuals started using it to help manage various issues, such as sleep problems, pain, anxiety, and other issues. But although CBD is added to numerous products, such as gummies, creams, and capsules, CBD oil remains one of the most popular ways […] 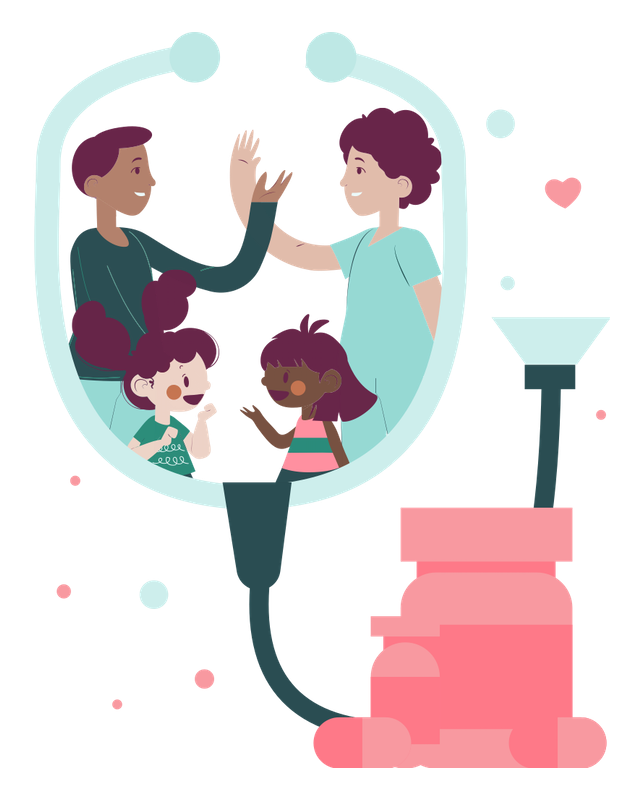 The Risks Associated with CBD Oil

Cannabidiol or CBD is one of the 100 chemicals that the Cannabis sativa plant contains. It is used for a lot of common ailments today, and the substance is considered generally safe for both oral and topical uses. Back in June 2018, the Food and Drug Administration approved the Epidiolex use on prescription. Epidiolex is […] 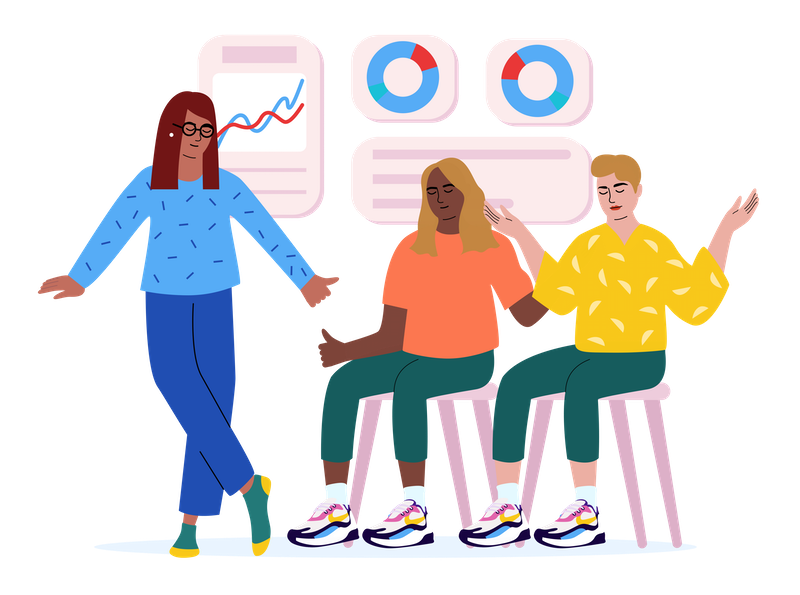 Stress and anxiety are part of people’s lives nowadays. In fact, stress is something that can occur daily for some individuals, depending on their lifestyle. Work, family, and finances are all things that could lead to high levels of stress. As for anxiety, you should know that it’s something that many people develop these days. […] 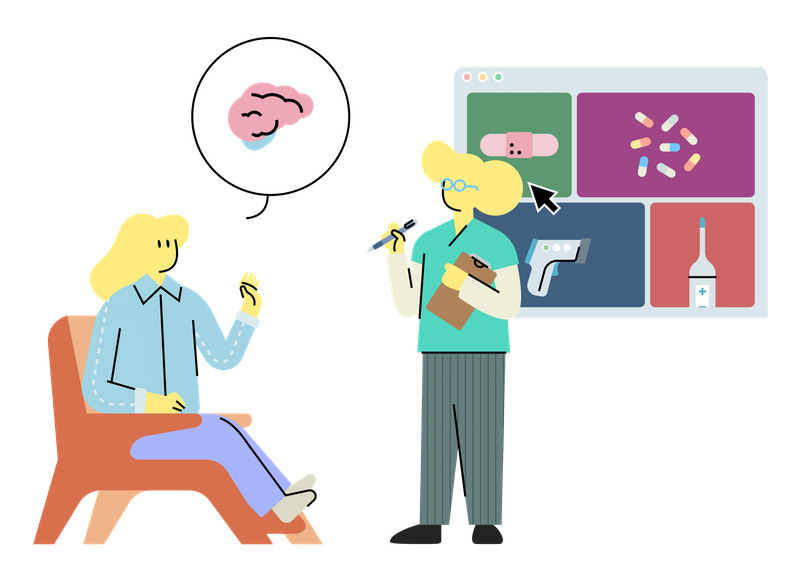 CBD is a chemical compound that can be found in the plant known as Cannabis Sativa. It can interact with your endocannabinoid system’s neuroreceptors when consumed, leading to various effects. The compound is usually extracted in oil form from the cannabis sativa plant and then it is combined with an inert carrier oil, such as […]